I Took early interest in long free improvised cadenzas to classical themes by Mozart etc, first on flute , then on piano. First guitar lessons were on Spanish guitar at age 13, in 1970. In 1975, while in high school I bought a Levin handmade guitar and soon began playing folk rock music deeply inspired by Neil Young. At that time I also started playing queer flute, inspired by Ian Anderson. In 1979 I got an electric guitar and started to practice for hours every day. At that time I listened to music all day and night. among others to Jimi Hendrix, Carlos Santana, Jeff Beck, John Mc laughlin, Larry Coryell, Lee Ritenour, and Larry Carlton. In 1980 I joined my first band.

During summer 1986 I opened a guitar shop in the center of Aarhus, and at the same time started offering private guitar lessons. I immediately got a lot of students. There was no rhythmic conservatory at that time, and very few skilled guitar teachers, so many drove a long way from other towns to have guitar lessons at my place. At the same time a local jazz guitarist called Michael Zacho introduced me to Robben Ford , and Robben has from that moment on been my favorite guitar player. Problems with my ears unfortunately for a long time held me back from giving concerts. But during a good period I finally formed my own band in 1999, and for almost a decade we played a lot of nice blues, jazz and funk concerts. At the same time I studied ” musical direction of the small ensemble” on music conservatory and also embarked on a a 4 year study as a music teacher. In 2005 I graduated as a formal music teacher.

Due to severe ear problems I unfortunately had to stop playing gigs during summer 2009. I felt absolutely miserable, but I was after all still teaching a little.

In 2013 however I started working with digital studio recordings. After some time fumbling on my own, I finally got a really good local studio teacher, who happened to be a great jazz bass player as well. At the end of 2015, while still working to learn the digital studio, I got the exciting idea to launch a You Tube channel with guitar lessons in English as well. This guitar lesson channel could in fact, if it happened to become a success, at the same time serve as a platform for my own compositions and studio work. After numerous video editing lessons with an always patient teacher now in spring 2017 I am finally ready to launch my very first videos on my You Tube Channel, Soeren guitar lessons. I feel absolutely excited and happy about working seriously with music again. 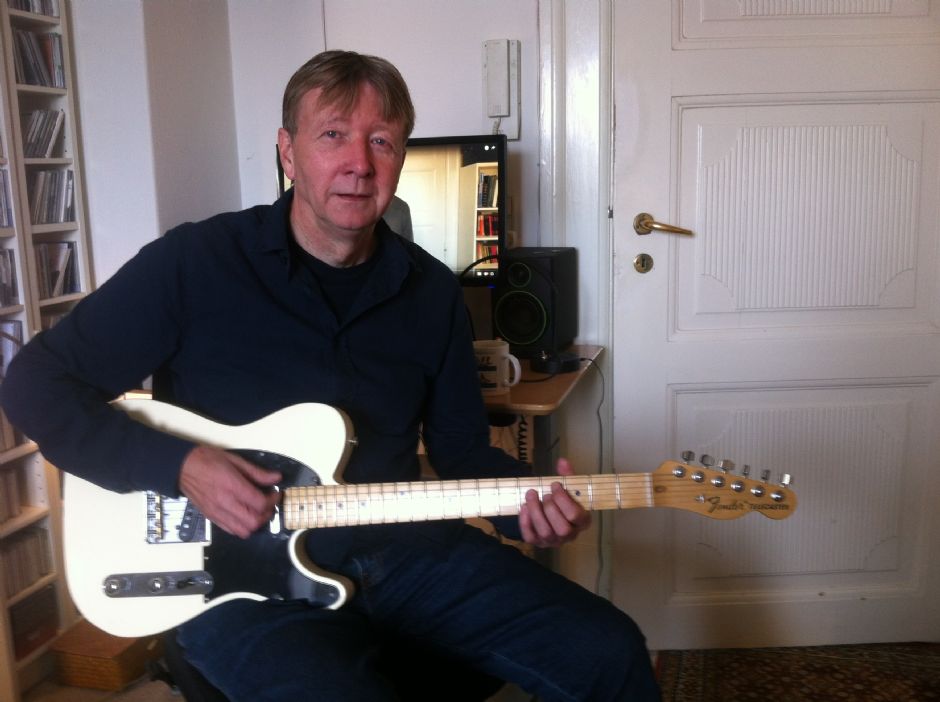